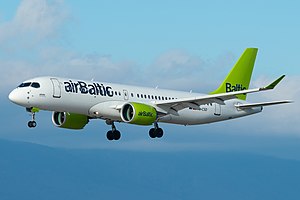 Overall, the year has been challenging for the civil aircraft industry. Let’s have a quick look at what happened for the major players:

2019 has been a troubling year for the aircraft manufacturer Boeing.

First of all, after the two crashes with the 737 Max, most authorities including the FAA suspended the airworthiness certificate for the type in March 2019. Since then, Boeing works heavily on updating the software system MCAS to get the plane recertified. However, so far, only a few test flights could be carried out with improved versions of the software. In December, the company even announced to stop production of the type in January, since there are now over 400 planes ready for delivery. Still, most spectators expect a recertification within the first half of 2020 and afterwards a re-ramp up for the production. Later on in the year, this led to the FAA revoking Boeing’s authority to issue airworthiness certificates for individual Max airplanes. This will result in a significantly higher effort to ramp up deliveries as soon as the Max can fly again.

Secondly, the focus on the 737 Max has put the breaks on other projects such as the 777-8 and the new middle in the market airlines MNA dubbed the 797 with a potential market of about 4000 units as a replacement for the 757 and 767.

Thirdly, Airbus came out with the A321XLR, a range extended A321 which is by many considered to be a direct 757 competitor. With over 450 orders and commitments by the end of the year, this airframer has had a strong start since its announcement in July 2019. Among the customers are United and American airlines, historically Boeing customers.

Fourthly, the structural test on the reengined and enforced 777x was unsuccessful and created a delay for the first flight of the plane until 2020.

Fifth, the starliner spacecraft test to the ISS was only partially successful. While the spacecraft started and landed safely, the docking with the space station was not possible since it burned too much fuel for maneuvering. After the delay and failures with Boeing’s main competitor SpaceX, many were hopeful, that Boeing would be able to catch up and gain more market share from the space program.

Finally, the year ended with the ousting of the former CEO. While it has been a challenging year, the company itself still stands strong and many analysts are convinced that they will be back on track by mid 2020.

In February, Airbus announced to retire the A380 program with a few last planes to be shipped to Emirates. This means that the flagship airliner was definitely not an economic success since it was too expensive to produce and maintain with its 4 engines.

On the more positive note, Airbus launched in July the A321XLR. This extended range 200+ passenger plane is now ready for mid-haul to some long-haul routes and got network planners around the world very excited. The rather cheap aircraft with very optimized maintenance structures now becomes a perfect aircraft to test new long-haul routes and to jump into the “point-to-point” game versus the hub-and-spoke model.

With Air France, Indigo Partners and many others, Airbus could also find new customers for the former Bombardier C-series.

Overall, the year was very positive for Airbus, they managed to meet the delivery goal, the way surpassed its competitor Boeing and cut after the A320neo again into their market shares with the XLR.

On the front with the C919, targeting the A320/737 market, the 6th and final test plane has been completed and commercial roll outs will start as soon as the tests are complete.

On the other hand the C929, the first widebody jet from China, will be developed together with the Russian United Aircraft Corporation. A first model has now been put into the wind channel, but it will take some years, at the moment 2025-2027 is envisaged, until we will see a A330/767 competitor fly.

After selling its Q400 business to de Havillard Canada and the C-Series joint venture with Airbus, Bombardier took the money and is now focusing on its Canada Regional Jet (CRJ) product line of regional jetliners.

The civil side of Embraer is said to be taken over by a joint venture with Boeing and rebranded as Boeing Brasil-Commercial. This, however is only possible after the antitrust investigation by the EU has been concluded in early 2020.

In the meantime, Embarer certified its reengined E175-2 jets and has started deliveries of the E190-2 which is a direct competitor to the A220-100.